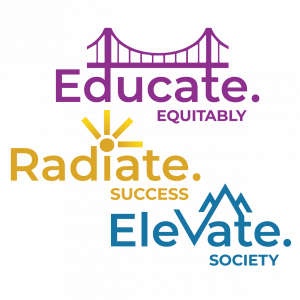 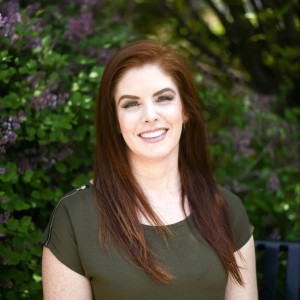 Thank You For Being Such A Vital Part Of Our Team, Adam. We Look Forward To Sharing More About You So Others Can Get To Know You Better!

Tell us a bit about your backstory and what lead you down your current life path.

I was very invested in environmentalism as a political position in high school and undergrad, and all of my academic pursuits were oriented around that in some way or another. The particular viewpoint I held at the time made it very difficult to find a career path that felt morally significant. I got a Master’s degree studying insects in an agroforestry system. By the time I finished grad school, I had basically transformed my worldview. A Ph.D. and an academic career was the only obvious career option, but I couldn’t make up my mind about what field I even wanted to pursue, and I worried that academia would exacerbate some mental and physical issues I’d experienced in my Master’s program. So I’ve been self-employed and self-directed since then.

What or who inspired you to pursue your career?

Outside of tutoring, my current main focus area is the natural history of plant galls. This is the current manifestation of the broad interest in plant and insect ecology and identification I developed as an undergrad. My college roommate Ryan showed me that the interest I had from a political perspective could and should be something I practiced as an active engagement through scientific observation and photography as well.

What is one thing you are most proud of achieving in your life?

Founding my gall identification website is certainly the most useful thing I’ve ever done for other people. It was a project I conceived myself and largely through the lens of my own use. Thanks to the tremendous help of my collaborator Jeff, we’ve been able to make it into something that I can use for all the things I wanted to do and more, but it is also something other people can use in the same way. We’ve coalesced a community of naturalists who contribute to the site and many more who use it to find and identify plant galls in their local ecosystems. We’ve been able to network with taxonomists to contribute to the scientific descriptions of several species already, with many more in the pipeline.

None of us are able to achieve success without some help along the way. Is there a particular person you are grateful for who helped get you to where you are? Can you share a story?

I wouldn’t have been able to even a fraction of what I’ve accomplished without my collaborator Jeff. I was extremely lucky to find him at just the right time in his career: when he was getting into galls himself and taking a sabbatical from his work as a web developer. He created the technical features of the site entirely on his own, something that would otherwise have cost tens of thousands of dollars. On top of that, he has contributed extensively to our knowledge of oak trees and galls with his own observations and identification work. It has been a pleasure to work with him on the project.

What do you enjoy most about teaching/tutoring?

My favorite part of tutoring is participating in the cultural evolution of human knowledge by transmitting increasingly refined versions of important ideas to young people. I find it thrilling and fascinating to take discoveries that were hard-won over millennia and show that they can be derived and learned in an afternoon thanks to generations of selection for clarity and concision. The core ideas of math and (to a lesser extent) science are basically fixed, but each lesson is an opportunity to think more deeply about an idea and find a new and better (or just better suited to the student) way to present and understand it. Learning, for instance, that there is an improved method for writing and understanding the quadratic formula, which basically no schools have implemented yet, was a pretty exciting moment for me this year.

What do you like to do in your free time?

As a self-employed person, I tend to think of all of my time as free time. But when I’m not tutoring, my two main projects are my website and writing a novel. I also spend a fair amount of time working on none of those. To study natural history, I take walks around my neighborhood or occasionally at parks on the way to or from meeting with students. I watch a lot of movies and edutainment on YouTube.

Tell about an amazing trip you took. Where did you go and what did you enjoy most?

I’ve been lucky enough to travel a lot in my life. I spent a year as an exchange student in Mexico after I finished high school. That was a tremendous experience in many ways. As someone with a budding interest in natural history and archaeology, as well as a thirst for beauty and novelty, Mexico is one of the coolest places in the world. I was a vegetarian at the time but still found Mexican food to be a revelation (horchata and fried plantains are two of my favorite things). Now that I’m not a vegetarian, I’m finally catching up on all the stuff I eschewed on that trip now that I live in Austin.

Is there something exciting you are working on now? What is it and why did you choose to start it?

I’m working on an ecological fantasy novel. It’s a project I first conceived a few years ago, shortly after grad school. I decided I had ideas that were strong and unique enough in the weird horror / dark fantasy space that it would be worth learning to write fiction to execute them. Ideas that no one else would even come close to delivering if I didn’t do it myself. I wrote a few shorter pieces at first, but I have since switched to focus full-time on the novel since I just didn’t feel like shorter fiction by other authors resonated with me as much.

Is there a particular book that made a significant impact on you? What is it and why did it resonate with you?

Susanna Clarke’s Jonathan Strange & Mr. Norrell is the first book that really put the idea into my head that there was a clear overlap between my aesthetic interest in ecology and environmental history and a fantasy subgenre with a ton of potential. It’s a wonderful book with exquisite writing and great character work. But above all, it is a totally singular worldbuilding that is otherworldly, dark, intriguing, and historical in a way a lot of other fantasy would like to fancy itself but is rarely achieved. Once I had that idea in mind, I started seeing possibilities for story ideas and settings in everything I read and learned. It started a pebble rolling down a hill that eventually snowballed into a very fruitful period for me to write down broad ideas for settings, a few of which I have now composed as drafts.

The road to success is difficult and requires tremendous dedication. What advice would you give to a young person who aspires to follow in your footsteps and emulate your success?

I don’t know if I have successes worth emulating at this point, but my general piece of advice for my past self and for those in similar situations is this: Everything in your life is an evolutionary process. One simple implication of that is that it’s valuable to learn about evolution in the abstract (although there are hazards in generalizing from the strict structure of genetic replication to other domains). But the short version is that to achieve a goal, you need to combine variation, iteration, and selection. Do each skill in pieces small enough that you can try them again and again, experiment with different techniques and approaches, and pay attention throughout to whether you like what you’re getting. The real revelation is that this is something that applies to your whole life. Every day, week, and year that goes by entrenches habits and moves you closer to something. If you aren’t paying attention, experimenting, and making changes accordingly, you won’t have much say in where you end up.

Thanks, Adam! We Are So Lucky To Have You On The Team!

Learn More About Our Tutors And Board Of Directors Here.